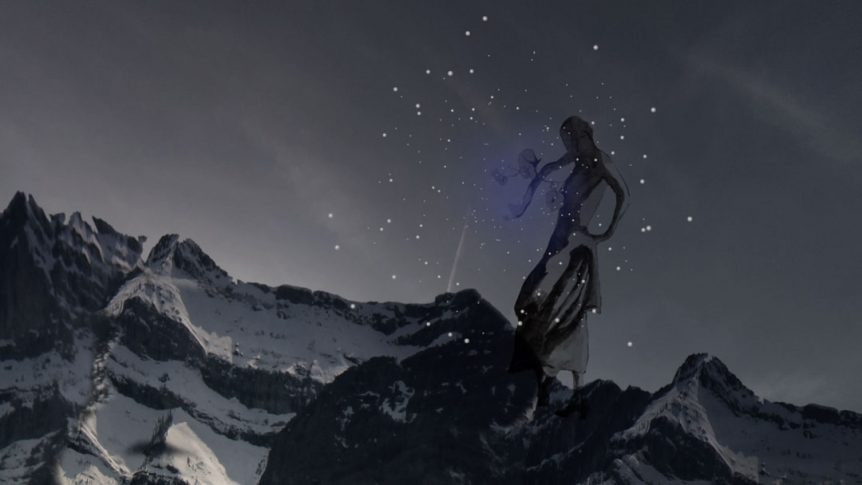 Classical music has long been viewed as the expression of musical tradition, yet even in historical times, composers integrated new impulses into their work. In today’s musical landscape, it is more important than ever to explore new forms of expression within the scope of what can be considered “classical”.

Through her narrative cycle Gravity Wing, award-winning composer/performer Clio Em experiments with genre and form to create compositions that blur the borders between folk and classical music, experimental electronica, and science fiction.

She thus allows new musical impulses to develop organically from influences in the current artistic milieu, creating a soundtrack much like a film score. Digital illustrations and animated shorts by visual artist Hali Rey were created especially for this cycle. Joined on stage by classical soloist and experimental violinist dea.nice, Clio Em explores the points of intersection between classical music and other genres.