Date to be confirmed 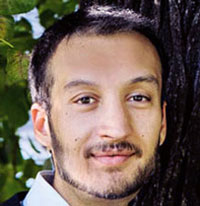 Wladislaw Winokurow has developed an outstanding reputation in violin didactics and works as a Senior Lecturer for the violin preparatory class at Graz University of Music and as violin teacher at the City of Vienna Music School Margareten. Since 2015 he is the spokesman for the department of higher strings for Vienna Music Schools.