For Singers and Conductors
27 June - 31 July 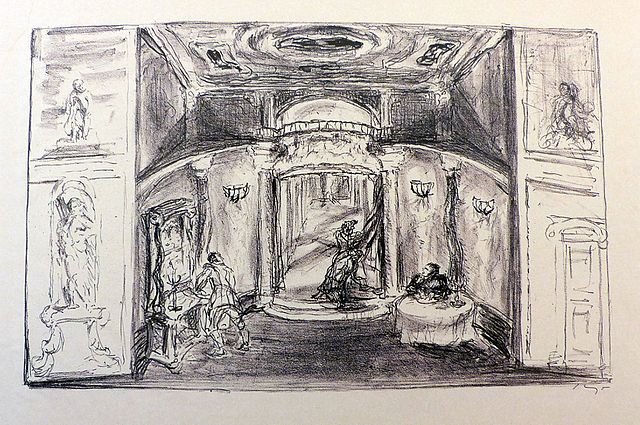 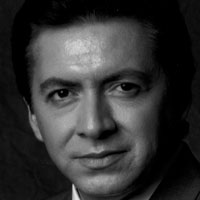 Since Herbert von Karajan brought him to the Salzburg Festival, Francisco Araiza has become one of the world’s most demanded interpreters on the great opera and concert stages, particularly at the Bavarian State Opera in Munich, Zürich Opera House, the Vienna State Opera, which in 1988 recognised him as its then-youngest “Kammersänger”, and the Metropolitan Opera New York.

Following legendary interpretations of Mozart and Rossini, from the mid-1980s he sang the lirico-spinto roles in the operas of Verdi, Puccini, Massenet, Gounod and Wagner, to great acclaim. His commitment to the education of young singers is apparent through not only his masterclasses, but also his namesake foundation in Mexico City, as well as his activity as juror in international singing competitions. Since 2003 he has held the post of professor at the State University of Music and Performing Arts Stuttgart. At the International Opera Studio Zürich, he teaches vocal and stylistic development, and is active within the structure of the Bertelsmann Foundation “Neue Stimmen,” as well as juror on the board of that competition.

Furthermore, he is a member of the foundation board of the “Liz Mohn Kultur-und Musikstiftung” in Berlin, as well as of the European Foundation “Europamusicale” in Munich, and the SIAA Foundation in Liechtenstein. He was artistic director of the Internationale Hugo-Wolf-Akademie and founded the foundation “Neue Meister der Liedkunst” in 2009. In 2011, the Instituto Nacional de Bellas Artes granted him its gold medal to recognise his four-decade-long international singing career. 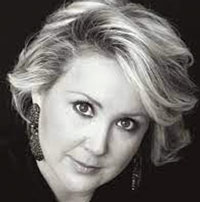 Executive Director and Founder of the International School of the Voice, Soprano, former President of the Executive Board of Directors of Joy In Singing, the Art Song Institute, and a Voice Faculty member of The Curtis Institute in Philadelphia, Elizabeth De Trejo is trailblazing a new path in the sphere of classical voice, and through the International School of the Voice, is revolutionizing the way the art form is taught.

Elizabeth is a consummate soprano and recitalist, having sung extensively in Europe, Asia and the Americas. She has worked with leading conductors and has appeared as a guest soloist with many orchestras in halls such as Carnegie Hall and Lincoln Center, with distinguished ensembles like the Marinsky Orchestra, the Orchestra Verdi, the Orchestra Now, the Oratorio Society of NY, the National Chorale, and more; some of these works include the Verdi Requiem, Carmina Burana, the U.S. premiere of Raff’s Te Deum, the De Profundis of Lili Boulanger, Mahler’s Symphonies, No. 4 and 8, Beethoven 9th Symphony and Mass in C, Bach, Brahms, Fauré and Mozart Requiems, and numerous Rutter works conducted by the composer himself.

Ms. De Trejo made her Metropolitan Opera debut in Berg’s Lulu; and her career has given her the opportunity to perform the roles of Norma, Violetta, Lucia di Lammermoor, Donna Anna, Gilda, Marguerite, Fiordiligi, Die Königin die Nacht, Adina, Poppea, Juliette, Musetta, Giulietta, and Cleopatra, and the role of Rosina in Anton Coppola’s epic opera, Sacco and Vanzetti; for which an aria was composed for her.

Elizabeth attended Loyola University where she received a Bachelor of Music degree in Performance, and Yale University, earning her Master of Music. Post graduation, Elizabeth De Trejo joined the International Opera Studio of the Opernhaus Zürich. Elizabeth can be seen on the EMI Classics DVD of Der Rosenkavalier under the direction of Franz Welser-Möst, and directed by Sven-Erich Bechtolf, live from Opernhaus Zürich. Elizabeth De Trejo lives with her family in New York City, the home of the International School of the Voice. 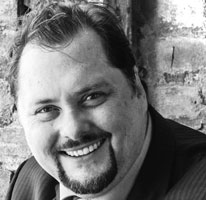 Mexican Italian Wagnerian Tenor Mauricio Trejo O’Reilly was born in Mexico City. A Sony Classical Recording Artist, Mauricio recently performed the roles of Parsifal, Siegmund at Lincoln Center in New York with the Metropolitan Opera Guild and the Wagner Society of New York. Mauricio has performed in opera theaters in Europe, the Americas, Africa and the Middle East.

Mr. Trejo obtained his Masters Degree in Music from the Manhattan School of Music where he was awarded the Panasonic Scholar of the Year, that granted him his debut in Alice Tully Hall at Lincoln Center in New York City; and soon after his Carnegie Hall debut under the baton of Maestro Eve Queler, and the Opera Orchestra of New York in Adriana Lecouvreur and La Donna del Lago.

He was then invited to be an apprentice at Santa Fe Opera touring as a soloist in the Zarzuela, La Dolorosa; and subsequently, at the Opernhaus Zürich, where he performed in Die Meistersinger von Nürnburg, I Vespri Siciliani, Der Kreidekreis, Der Rosenkavalier, and Die Zauberflöte. Soon after, he made his debut in the KKL, (Kultur und Kongress Zentrum), in Luzern, where the Luzerner Zeitung called him 'a Revelation.’

Mauricio has been featured in television performances in a nationwide airing on PBS in The United States with a DVD recorded live from the Kodak Theater and on TV Azteca in Mexico. Mr. Trejo has performed the leading tenor roles in Tosca, Cavalleria Rusticana, Il Tabarro, Turandot, I Pagliacci, Madama Butterfly, La Boheme, La Traviata, Rigoletto, Lucia di Lammermoor, L’Elisir D’Amore and Der Rosenkavalier among others.

He is the Director and Founder of the ISV and the Cultural Attaché for the Belcanto Italiano Benjamino and Rina Gigli association. Mr. Trejo has a Bachelors of Science degree in Communications and has produced and directed film documentaries, created concepts for theatrical performances, and directed and presented operatic stage productions. 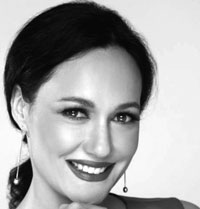 Soprano Marija Vidović started her music education in Varaždin, studied and obtained her master's degree in Vienna and Stuttgart at the University of Music and Dramatic Arts.

So far, she has performed in some of the most renowned concert halls worldwide, such as the famous Musikverein in Vienna, Gasteig in Munich, the Opere Bellas Artes in Mexico City, as well as at the largest international festivals of classical music in North and South America.Her unique and wonderful vocal timber combined with her personality and elegance, ideal for singing and interpreting the audience's favorite opera roles such as that of Constance in Mozart’s The Abduction from Serail, Marguerite in Gounod's Faust or Violetta in Verdi's La Traviata, never escapes notice.

She is a great devotee and masterful performer of the classic Lied (song). One of the world’s most famous and renowned tenors and educators, Francisco Araiza, is her professor and mentor.

Marija Vidović started to pass on her experience to young talents as an assistant professor at the National Conservatory of Music in Mexico City, as well as at international master’s classes. As of the academic year 2020/21, she has been an assistant to Prof.Dr.h.c KS. Francisco Araiza at the Alfredo Kraus Department of Solo Singing at the elite Reina Sofia School of Music in Madrid, Spain.

A proud promoter of Croatian culture, she is always happy to expand the classical repertoire of her solo concerts and recitals around the world with compositions by Croatian composers and the beautiful traditional Međimurje songs which has been inscribed in the UNESCO List of Intangible Cultural Heritage. With this album Marija launched a new era of Međimurje song, as her interpretation brought it closer to the classic Lied. The album "Intima" is her third studio album released in July 2021 and contains sixteen songs by great world composers that Marija sang accompanied by her longtime collaborator, Australian pianist Duncun Gifford. The powerful vocals and her exceptional interpretation were recognized by a large audience, and with a rich concert repertoire, the doors of the big stages were opened to soprano Marija Vidović.

Marija Vidović will also remember the year 2021 after her collaboration with the Zagreb Philharmonic. In addition to joint performances, Marija's new album of opera arias is being prepared under the expert guidance and conducting of Prof. Dr hc. KS Francisco Araiza. As a sought-after conducting teacher he has recently published his fundamental study "The Observation of Form" with academia.edu and has held master courses in conducting at Wiener Meisterkurse as well as in Germany, Hungary, Italy and México. Currently he is Guest Professor for conducting at ARTS2, École supérieure des Arts de la Fédération Wallonie-Bruxelles in Mons, Belgium.

Join us for an intensive workshop with Mozart's "Don Giovanni" in Laudon Palace:

Two full casts (young artists/emerging professionals) and up to four assistant conductors are accepted to rehearse and stage-perform - each cast gets one of two performances, one as soloist, the other as ensemble - the opera with orchestra ensemble WienSinfonietta in Freskensaal of Laudon Palace. The opera is prepared for stage on the base of intense stage and musical rehearsals.

11 - 21 July: Master course with Maestro Francisco Araiza (focus on the individual parts of the opera, participants may bring additional repertoire of own choice)

Early deadline: Please note that for this workshop the application deadline is 01 March 2022.