"Don't only practice your art, but force your way into its secrets"Ludwig van Beethoven

As one of the world's leading summer academies, founded in 1975 as Wiener Meisterkurse by the late conductor Günther Theuring, and since 2016 operating as the European Music Institute Vienna under the artistic direction of Jörg Birhance, we want to pursue this tour de force together with our students, young musicians from all over the world: Through the study and practice of the masterworks of the classic epoch we believe to consign a key to the understanding of all musical styles and epochs of the international concert repertoire up to contemporary music.

The epoch of Viennese Classics, the period in which music as art has found to its "highest clarity of inner and outer appearance" (Hans Swarowsky), is thus a key for our musical education. It can provide those striving for full understanding of all parameters of a musical piece – insofar they have learned to combine theory and practice – with the skills to accomplish every style of art music.

We introduce young artists to musical analysis, performance practice and to the various criteria for evaluating compositions. With additional features, European Music Institute Vienna aims to prepare students for the versatile and challenging future of the musician’s profession.

Music keeps its secrets, and yet, we can never stop striving to disclose them, even with the awareness that we might never disclose them at all. Therefore, as musicians, who feel compelled to our art, we must indeed follow the demanding and beautiful imperative Beethoven has left to us.

The ideal place for our joyful pursuit of musical excellence is Laudon Palace, one of Vienna’s most beautiful Baroque palaces, and its sumptuous surroundings.

In the palace, whose halls are also an architectural statement of the Age of Enlightenment, musical performances have taken place since the times of Haydn and Mozart. Joseph Haydn dedicated his Symphony No. 69 to the owner, Gideon von Laudon, who was an enthusiastic patron of the arts and sciences.

The final concerts and classes take place in the Baroque Festsaal and other rooms of the palace.

Practicing facilities are in a modern, adjoining building. The palace can be easily reached by public transport from the city center. Accommodation options are available nearby. The other ideal place for our joyful pursuit of musical excellence is Casino Zögernitz, first opened to the public in 1837, legendary concert hall and ball room of Johann Strauss Father's orchestra and one of Vienna’s most excellent acoustics.

To be opened in April 2023, two studios in this Biedermeier-jewel will be a year-round home for our master courses and other projects.

The casino, located in Vienna's lovely 19th district Döbling can be easily reached by public transport from the city center.

He has held master courses in conducting at Wiener Meisterkurse as well as in Germany, Hungary, Italy and México. From 2013 - 2018  he was Guest Professor for conducting at ARTS2, École supérieure des Arts de la Fédération Wallonie-Bruxelles in Mons, Belgium.

Besides the symphonic standard repertoire, his passion belongs to the symphonic œvre from Haydn to the 20th century. Moreover, he is constantly seeking after re-discovering orchestral and opera masterworks of composers being lost or forgotten through the turmoil of the first half of the 20th century, such as Egon Wellesz, Ernst Krenek, Edmund von Borck, Erwin Schulhoff and Rudi Stephan. In March 2018 he conducted as American first performances Egon Wellesz’ Symphony No. 1. and in February 2019 'Prosperos Beschwörungen' of this eminent composer.

Jörg Birhance is also an active researcher and published his study ‘The Observation of Form: The form analysis method of Constantin Bugeanu in reference to the 1st and 5th Symphonies of Egon Wellesz’ with academia.edu. 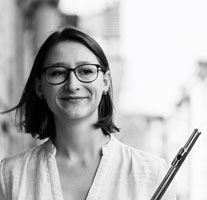 This is also the place to pay tribute to Günther Theuring and the legacy he left to us with Wiener Meisterkurse's 40 years of contribution to the education of young musicians.

Wiener Meisterkurse was one of the world's leading summer academies from 1975-2016. European Music Institute Vienna is proud to continue the legacy: Günther Theuring began his musical training as a choirboy in the Vienna Boys’ Choir. Later on, he studied conducting with Ferdinand Grossman (choir) and Hans Swarowski (Orchestra) at the former Vienna Music Academy. He has been the condcutor of Vienna Academy Chamber Choir since 1955.

in 1959 he founded the Wiener Jeunesse Choir (Vienna Youth Choir), in close collaboration with honorary members Paul Hindemith and Leonard Bernstein. The choir has recorded Bernstein’s complete vocal-instrumental works under the direction of the composer.

In 1971 Günther Theuring founded the “Ensemble Contraste, Wien” which developed a reputation for the interpretation of the music of the “Second Viennese School”.

In 1973 he was appointed as a full professor of a conducting class for choir-symphonic repertoire at the Universität für Musik und darstellende Kunst, Vienna.

In 1975 he founded the Vienna Master Courses and has served as its artistic director for lifetime, passing it on to Jörg Birhance and his present project.

We always love to hear from you and answer your queries.
Feel free to contact us at any time.

What do we offer?
Master courses for international young professional musicians with renown international artists. The courses last between seven and ten days and offer intense study in a beautiful environment. Find your course and additional features here.
How to register?

Chose the course you want to participate. On the bottom of the course page you find a button named "register". Click there and follow the instructions.

Deadline for applications
The deadline for applications is June 1, 23:59 CET. In case you miss the date, you may try a late registration, but your application will only be considered in case there are still spots available. Tip: Save money and apply until March 15, 2020 as Early Bird!
Find accommodation!
Vienna is full of hotels and students dorms. To find the best for you as participant at EMIV, see here.
How do I get there?

When and how to pay the fees
Please see here.
When will I be informed if I am accepted?

After your registration is valid, the teacher of your choice will be informed in due time. After his response you will be noticed about being accepted or not. For overseas participants we always seek to be a quick.

Need a Schengen Visa?
In case you need to apply for Visa for Schengen, we will provide an official invitation letter.

Partner Program:
If you want to become a sponsor or make a donation - every support for our students is most welcome.
Donations can easily be made via Paypal by clicking this link.
For receiving information about our sponsorship packages, please send us an email.