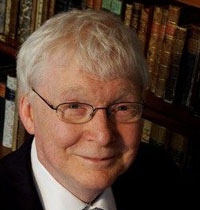 Apart from devising and accompanying some two hundred and fifty Songmakers’ programmes for London audiences, he has presented a number of recital cycles in other world centres. He has been Song Advisor to the Wigmore Hall Song Competition since its inception. He is author of The Songmakers’ Almanac; Twenty Years of Recitals in London and The French Song Companion for OUP (2000).

For Hyperion Records, Graham Johnson has devised and accompanied a set of the complete Schubert Lieder on 37 discs, a milestone in the history of recording. A complete Schumann series is underway, and there is an ongoing French Song series. All these discs are issued with Graham Johnson’s own extensive annotations which set new standards for CD programme notes. Awards include the Gramophone solo vocal award in 1989 (with Janet Baker); 1996 Die schöne Müllerin (with Ian Bostridge); 1997 for the first of the Schumann series (with Christine Schäfer) and in 2001 (with Magdalena Kozena). The Royal Philharmonic Society made him Instrumentalist of the Year in 1998; in 2001 he was awarded the Ehrenpreis of the Klavierfest Ruhr in recognition of his ongoing Lieder project in Herten; in June 2000 he was elected a member of the Royal Swedish Academy of Music. He was made an OBE in the 1994 Queen’s Birthday Honours list.

In April 2013 Graham Johnson was awarded the Wigmore Hall Medal "in recognition of his unstinting championing of Song and his extraordinary achievements on the concert platform and in the recording studio. He received Honorary Doctorates from Durham University, the New England Conservatory of Music, and the Edith Cowan University in Western Australia. He was awarded the Hugo-Wolf-Medal in 2014 for his services to the art of song and Germany's Cross of the Order of Merit in 2021.

His opus summum is the three-volume encyclopedia about the complete songs of Franz Schubert, published with Yale Press in 2014.